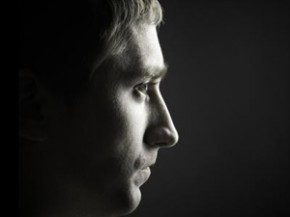 Despite the concrete evidence surrounding the malady, there is still a dispute regarding the validity of the condition as an actual medical disorder. The truth is that depression is very real and it can affect a person mentally in unimaginable ways. Unless, god forbid, you have been through it, you will most likely not know how dangerous it can be. Depression impacts women and men differently. Even with prevalence, it is twice as common in women as in men. For this reason, depression in men can often be overlooked or dismissed as simply a “mood” or a temper.

While symptoms of depression in men can be similar to women, depression symptoms in men can be portrayed in different ways. The reason behind this is fairly obvious. Mentally and emotionally, men differ in the way they express themselves than women, and this is apparently seen when symptoms start to appear.

Another dangerous and even sometimes positive effect seen in symptoms of depression in men is being more gutsy and daring. This is directly in relation with the worsened temper and increased adrenaline rush. This can result in dangerous endeavors specifically in times such as driving resulting in breaking the law and potentially endangering themselves as well as the people around them. Another clear symptom is loss of control. Loss of control can be conspicuous in a number of ways. It could lead to the person becoming an alcoholic, over eating or getting frustrated and angry excessively.

Depression in men is particularly difficult because a key aspect to alleviating symptoms associated with the disorder is let your feelings out and express yourself. Men tend to isolate themselves emotionally and rarely talk about their feelings. This can have a negative effect when the person is under the chokehold of depression. For this reason, it is important to recognize the symptoms of depression in men early and coerce them to open up about their feelings and perceptions.

Symptoms and Signs of Depression in Children

Depression is one of the most serious conditions that affect millions of people around the world. The idea...
Signs and Symptoms Depression

Women tend to be more prone to depression and there are quite a few reasons why this might be. For starters,...
Signs and Symptoms Depression

Myths and Warning Signs of Depression

Depression is a very broad disorder with numerous complications and aspects that need to be considered....