There are several deep depression symptoms. Having a constant sense of sadness for the good part of the day is one indication. Preferring to be lonely, isolated from peers in their own little bubble is also seen. Sleep disorders and eating disorders are also commonly noticed. A low sex drive or erectile dysfunction or a combination of both is also a possibility. Being negative and cynical and other similar change in thought perception is a common occurrence. Apart from this, feeling weak, body pains, fatigue and a lack of energy are commonly seen with the disorder. 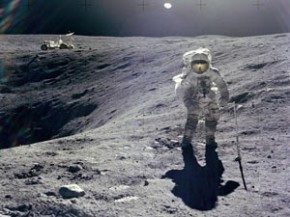 Deep depression may be triggered by a number of aspects but the causes are still unknown. There has been concrete evidence to suggest that chemical imbalances in the brain, particularly with neurotransmitters such as serotonin are linked to the disorder. Another link is with genetics. Genetic predisposition can also make a person more likely to develop the disorder. There is a common misconception that genetic predisposition guarantees that the person would develop the condition however this is not true. It increases the likelihood, but It does not guarantee it.

Some commonly seen triggers include loss of a loved one either by death or other reasons such as a break up. Any emotional trauma such as this can result in the development of the disorder. Consuming excess alcohol can also result in the disorder. This may seem ironic as effects of alcohol are generally characterized by elation and happiness but it is a depressant that result in the opposite effects when the person is sober. Other reasons could be the environment, a sense of lack of accomplishment and the environment.

Signs of Depression in Women

It’s a fact. Depression is significantly likelier in women. While the reason behind this is unknown, it is...
Signs and Symptoms Depression

What are the signs of depression?

Understanding what are the signs of depression can be a difficult task. This is typically due to the fact...
Signs and Symptoms Depression

Physical Symptoms of Depression and Anxiety

Similar to how physical issues be it injuries or simply a lack of fitness causes a mental stress and a sense...
Signs and Symptoms Depression

Depression is almost always associated with adults. Of course, teenagers are prone to the disorder as well...