Physical signs of depression can manifest in a number of ways. Most people may experience just a few of them while others may have to endure all the symptoms or no physical symptoms at all. This article will focus on some of the most common physical symptoms:

Digestive Symptoms – Digestive symptoms are fairly common in depressed people. This may also be due to the medications the person is consuming but it is also commonly a symptom of the disorder itself. Any mental turmoil can be reflected with changes in bowels and digestion. This is why it is common for people to have butterflies in their stomach and have diarrhea when they are excited. Similar depressed people may exhibit IBS like symptoms.

Body pain – body pain with the condition is fairly common and may be severe to the extent that the person may start suspecting a different disease or condition. Pains can be in virtually anywhere in the body but it is usually felt in the limbs and back. It is important to have it looked at even if the person has been diagnosed with depression. 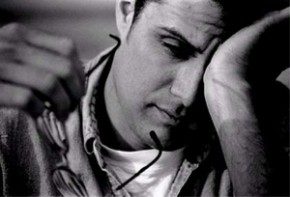 Malaise, Fatigue, etc. – generic flu like symptoms such as fatigue and malaise is also common. Malaise is when a person has a general feeling of being unwell but cannot describe it or attribute it to anything. Fatigue is simply weakness and lack of energy. This can usually be present with body aches making the person feel down and distressed.

Headaches – Headaches are also common with the condition and may vary from mild to severe sporadically. This can be relieved by simply relaxing with breathing exercises or other forms of exercise such as yoga.

Insomnia or Hypersomnia – change in sleeping habits is a common occurrence in depressed individuals. This is because these people tend to have trouble sleeping or oversleep for no apparent reason. Both disorders can cause a number of other secondary conditions and diseases.

These are 5 of the most common symptoms of depression and should be looked at immediately if present with other mental symptoms as aforementioned.

Myths and Warning Signs of Depression

Depression is a very broad disorder with numerous complications and aspects that need to be considered....
Signs and Symptoms Depression

Signs and Symptoms of Bipolar Depression

Bipolar disorder can be very difficult to diagnose and identify due to the nature of the disease. The primary...
Signs and Symptoms Depression

Symptoms of Depression in Men

Despite the concrete evidence surrounding the malady, there is still a dispute regarding the validity of the...
Signs and Symptoms Depression

Women tend to be more prone to depression and there are quite a few reasons why this might be. For starters,...
Signs and Symptoms Depression

Being sad for a few days, we often think we have depression symptoms, but it is not always true. First of...