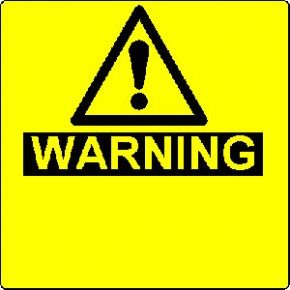 Depression is a very broad disorder with numerous complications and aspects that need to be considered. Unlike other disorders and diseases, depression is not as straightforward. A multitude of factors need to be considered when evaluating the causes, treatments and symptoms. Each case would usually have a few distinctions making it unique. That being said, most of the areas pertaining to depression get quite a lot of attention but there are some aspects that are still not heavily focused on. While they are not given as much importance they are still important, two of these things are myths and warning signs of depression.

Most people look at symptoms, causes and treatments but don’t really focus on warning signs of depression. If close attention is paid to depression warning signs, there would be a good chance that the disorder will be detected as soon as possible and can be dealt with promptly. Myths are another thing to look for. Considering it’s a very broad topic, there are naturally several myths concerned with the condition.

This article will focus on both these aspects. Despite being independent topics, they are both quite important and should be given some focus. One of the main warning signs for depression is isolation. Humans are social creatures, we prefer to be around people rather than in solitude, this is why some of the most heinous prisoners are locked away in a solitary cell because there is no punishment like isolation. If a person appears to be more withdrawn socially than he usually is, this could be one of the major warning signs of depression.

Of course, it may be due to a number of factors. A new found lack of self-esteem can cause it among other issues, but It should be kept in mind that even these factors such as a low self-esteem may lead to the disorder which is why irrespective of the cause, being social withdrawn should be investigated.  This is the primary warning sign; other warning signs of depression include a drastic change in mentality or behavior, apathy as well as loss of interest.

Looking at myths, one of the most dangerous ones is that people consider it to be just a change of emotion which will pass and not an actual disorder. This could lead to negligence in symptoms which can be dangerous as the symptoms worsen. Other myths include the disorder only affecting the elderly as well as the condition definitely affecting someone if it runs in the family. Depression can affect people of all ages and while genetics may make it more likely, it does not guarantee that it will be passed on.

Signs and Symptoms of Depression in Teenage Girls

Depression can affect any person at any age. While prevalence is higher in adults and older people, children...
Signs and Symptoms Depression

Being sad for a few days, we often think we have depression symptoms, but it is not always true. First of...
Signs and Symptoms Depression

Before talking about childhood depression symptoms we would like to draw your attention to difference between...
Signs and Symptoms Depression

Signs of Depression in Women

It’s a fact. Depression is significantly likelier in women. While the reason behind this is unknown, it is...
Signs and Symptoms Depression

Women tend to be more prone to depression and there are quite a few reasons why this might be. For starters,...