Menopause is a difficult period in any woman’s life. a lot of physiological changes take place in the body including fluctuation of hormone levels among other factors. It is also a turning point in any woman’s life as they are no longer fertile and menstruation ceases after visiting a woman every month for decades. Based on these factors, there is no surprise that there is a close link between depression and menopause. Depression is caused by a number of factors including psychological as well as physiological changes such as hormone levels for instance, this is why menopause depression is a common occurrence. It can be difficult to deduce if depression in menopause is the cause of the menopause depression symptoms or the menopause itself. Menopause and depression have closely related symptoms such as mood swings, feeling down and depressed, insomnia, loss of appetite as well as lethargy due to lack of motivation and interest.

Menopause and depression specifically go hand in hand due to the neurotransmitter serotonin. Lack of serotonin is a common cause for triggering the symptoms of the disorder. During menopause, serotonin levels are significantly reduced, which results in symptoms similar to depression. The severity can vary depending on the individual with factors such as their environment and their lifestyle. Different periods may also affect the person. For example, if a woman is going through menopause during winter, symptoms may be further amplified. The signs are usually characterized by dysthymia, which is a mild form of the disorder. Irritability is common along with mild sadness. 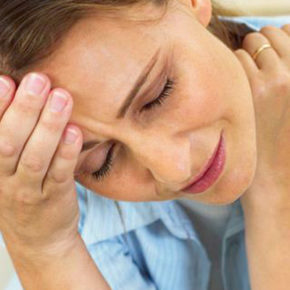 Before menopause depression treatment options are looked at, it is important to identify if there are any other causes for the condition besides menopause. Listen to what she has to say, there could be numerous mental aspects that can affect a woman as well during this period as it is a changing point in her life and she may express concerns about being unhappy with her life or feel that she is an underachiever. Once other causes have been identified, remedies may be looked at depending on the causes. If menopause is the only cause, antidepressants may be a good option. While antidepressants are usually not the best, choice in the case of menopause with depression, it may be appropriate as the symptoms should disappear once the menopausal phase is over. Besides this, simply talking to the person and keeping them company also helps.

Living with Someone with Depression

Depression is a very real disorder despite what some individuals think. It can be a mentally and physically...
Overview & Facts depression

Mental Disorder and its main Causes of Depression

There are lots of causes of depression and they can be divided into primary and secondary ones.  Some people...
Overview & Facts depression

Depression is a highly damaging disorder that can be caused by a number of factors. Similarly, it can affect...
Overview & Facts depression

Depression is one of the most common disorders affecting millions of people across the globe. The condition...
Overview & Facts depression

Alcohol and depression would usually not be associated together. The effects of alcohol and the symptoms of...
Overview & Facts depression

Can Insomnia Cause Depression?

Depression and insomnia Insomnia can be not only one of depression symptoms, but one of its causes. If you...