What is Melancholic Depression?

Melancholic depression is a major form of depression characterized by the typical symptoms of the disorder saves for a few differences. Despite the difference being subtle, it is considered a severe and major form of the disorder. Depression with melancholic features results in the person failing to find enjoyment and positive mental effects out of anything positive or enjoyable. They may have worsened moods typical in the morning and have other serious physical effects such as severe loss of appetite. These are the typical melancholic depression symptoms.

While other disorders can be triggered by numerous life events that impact the mind, this form of depression is usually biological. There may be aspects such as trauma that contribute to the disorder, but this alone will not cause it. Ordinary types of depression also have a biological element. There are studies to prove that it is linked to low levels of serotonin. Similarly with the melancholic variant of the disorder, biological aspects come in to play. Another aspect is genetic. There tends to be a genetic predisposition with this disorder. Ordinary forms also have a genetic link, but with melancholic depression, this seems to be more prevalent. 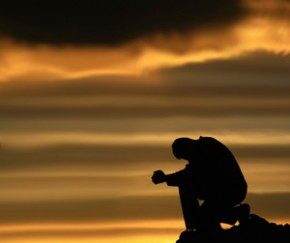 This disorder is also linked to dementia in older people as well as bipolar disorder 1 and 2 which are both serious medical conditions.

Most forms of depression are found in both men and women at virtually all ages. The percentages of course vary. Prevalence is higher in women as well as in older people. However, there are significant numbers for every age group and gender. Melancholic depression usually affects older people.

Conventional treatments have proven to be effective with this disorder as well. Electroconvulsive therapy, antidepressants as well as interpersonal therapy are used. Higher doses of antidepressants may be required depending on the patient and severity.

The disorder may sometimes be hard to diagnose as variances in symptoms are quite subtle and may be missed if not described accurately by the patient which is a common occurrence. This disorder is one of the more serious conditions associated with depression and should be treated adequately if diagnosed.

Our life is full of risky events and situations that cause stress. When you are hard to cope with a source of...
Types of Depression

Depression can be manifested in several forms. There are different types that are developed depending on...
Types of Depression

Depression in Men: Signs and Complications

Why is it so important to treat it? Depression during pregnancy. What are its signs? First of all depression...
Types of Depression