Treatments for depression can affect each person differently. For one individual, a particular antidepressant may show dramatic improvement within a few weeks while for another, no antidepressant will show any significant change as far as alleviation of symptoms go. The same applies to any remedy for the disorder, whether it is conventional and FDA approved or if it is a natural or alternative treatment. It all depends on the individual. There are cases however of people who have been struggling with the condition for several years with little success as far as treatments go. Most treatments may only result in slight relief which is insufficient for the person to cope with the effects and carry out day to day tasks. For these individuals, doctors may be inclined to prescribe various rare treatments in order to find a viable solution.

One such solution is lithium for depression. Lithium is an established, accepted treatment for bipolar disorder. It is commonly prescribed to patients having manic depression to reduce the episodes of mania and control the depressive phase thereby keeping the cycles of mood alteration fairly stable. In some cases however, lithium depression treatment may be administered. Lithium Is not an FDA approved treatment for the disorder however ironically, it has shown to be very effective in a number of tests in comparison to other remedies that are In fact FDA approved. 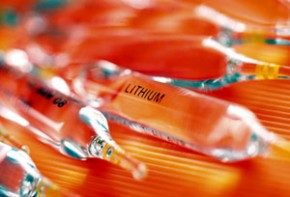 Lithium and depression is commonly combined with antidepressants. In fact, lithium alone  has virtually no effect on a depressed patient. Lithium is used to augment the effects of antidepressants. Lithium simply acts as a catalyst for the antidepressant in use. It is particularly used on patients who are not responding to antidepressants. Having a dose of lithium with the drug can stimulate positive effects. It should be remembered however, that just like every other remedy, lithium for depression depends on the individual and the chances of it working is hit or miss.

The lithium dosage for depression varies depending on the individual and will be prescribed adequately by a doctor. Since lithium is a strong element, regular blood work needs to be done to ensure levels are not in excess. The treatment is not free from side effects, it can cause the usual effects such as tremors and nausea but in extreme cases it can even lead to diseases in the kidney and thyroid gland. Despite the risks, the benefits are far outweighed and are certainly worth a trial run if a patient fails to be receptive to other types of treatment.

Homeopathic Remedies for Depression and Anxiety

Homeopathy has been one of the most beneficial branches of medicine that has been utilized to treat a number...
Medication treatment for depression

When people suffer from depression, combination of antidepressants taking and psychotherapy is the common way...
Medication treatment for depression

Treating depression can be quite challenging. There have been patients who have been suffering with the...