Situational Depression: its causes and symptoms

Why is situational depression called an adjustment disorder? It is called so, because it is caused by problems associated with a certain situation, unlike true mental disorder. However, it is not treated, it may result in major depression. That is why it is so important to know causes and symptoms of situational depression. It will help to avoid more serious health problems. It can last a short or a long period of time. For example, if someone failed an exam or did not win a lottery, it would take him or her only a few days to get over from it. But, is a person lost a loved one, he or she may suffer from situational depression for years. So, what are the main causes of situational depression? They are divorce, death of a close person, loss of job or financial loss, failure of goals. Situational depression symptoms can vary from sever to mild depending on the person. What causes depression in you, does not cause it in your friend, relative or someone else. Somebody is more emotional about financial problems or weight gain, somebody is less concerned about them. 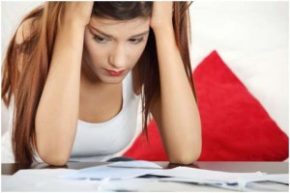 How to recover form situational depression

If you want to get rid of this disorder, follow the below mentioned techniques. If you feel your love one’s death, try to keep yourself busy and take part in different activities. Do not let this situation to break your will. If you have financial or other problems, try to find something positive in such situation. Do not set unachievable goals. Believe everything in the lap of the gods. Avoid negative thought and feelings. As any disorder, situational depression should be treated. Therapy methods and counselling will also help you to recover. Be optimistic!

Depression in itself is a complicated disorder, but there may be further complications that can make treating...
Types of Depression

Depression in Men: Signs and Complications

Winter might be enjoyable for a number of reasons. The holiday season, gifts and well wishes, but this is...
Types of Depression

Depression and agitation may be considered as mutually exclusive as some, and rightfully so. Being depressed...
Types of Depression

Considering the numbers, depression may not be considered serious but don’t be fooled. Despite the fact...