So what is cognitive therapy for depression exactly? Cognitive therapy takes the patient through a series of processes that helps them get an insight about their thought processes and find out the reason behind them. They keep track of all the negativity that surrounds them. Having a better understanding as to why certain mental impulses are triggered will help them understand that it is irrational and unwarranted. Once this has been identified, their thoughts and perceptions can be altered to a more positive light. 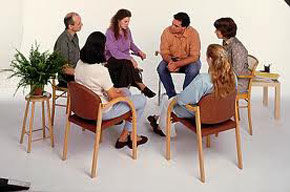 Over time, as the treatment of cognitive behavior therapy for depression progresses, the patients understand that much of their negativity and other symptoms associated with the condition is in their head, a key realization to get rid of the disorder. During cognitive therapy for depression, they also learn some vital skills to better manage their lives, how to deal with problems and how to solve them without letting these issues get to them.

Despite being comprehensive and effective, it may not be suitable in all cases. Severe cases and types of depression such as Catatonic Depression will first have to be brought under control using vigorous techniques such as electroconvulsive therapy. Once the condition has been stabilized, cognitive therapy can then be used to further alleviate the symptoms and eventually get rid of the disorder.

Electric shock treatment for depression is one of the primary established remedies for the disorder. Due to...