Depression can be manifested in several forms. There are different types that are developed depending on periods in people’s lives such as postpartum depression for instance. Additionally, there are other types which have distinctive symptoms such as bipolar depression. One other rare form of the disorder is referred to as catatonic depression. People who have this condition exhibit rare symptoms typically involving muscles and speech.

People with the disorder tend to have rare symptoms such as an inability to move. It may appear as though the person has been paralyzed. Muscle activity shuts down and the person will be in a state of stiffness for an extended period of time. Except for the rhythmic breathing, no other movement will be present. This is one of the main catatonic depression symptoms. The exact opposite can also occur in spells. A person with catatonic depression can also have periods where they lose control of muscle movement and have involuntary movements. It may typically look like the person is hyperactive and reacting for no reason.

Another symptom is where they lose their ability to speak. A person with the disorder may cease talking for a considerable period of time for no apparent reason. Speech will be restored at some point. Another peculiar sign of catatonic depression is that the person may start to mimic the actions and words of another. These reactions are all involuntary but may be misconstrued as being voluntary. With the strange signs associated with the condition, it may sometimes be mistakenly thought of as a different mental disorder. 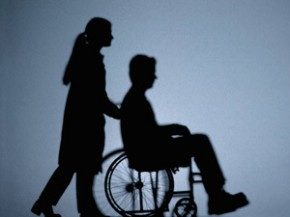 The symptoms can be painful as well as dangerous; this is particularly concerned with muscle related symptoms such as catatonic stupor (where muscles aren’t moved) as well as catatonic excitement where muscles move involuntary. In the former, it can cause pain to move muscles while in the latter, the person may be in danger of harming himself.

Fortunately, the condition only affects about 5% of the total population who have some sort of depression. It can also be related to bipolar disorder as the symptoms are rather antagonistic to each other similar to the characteristics of bipolar disorder. Serious cases of depression are treated with different types of methods such as electroconvulsive therapy. This treatment methods is known to be effective with catatonic depression as well.

People with the condition are at high risk for committing suicide so should be on surveillance at all times while incorporating vigorous treatment to relieve symptoms.

Depression can be categorized in to a number of different subtypes. People who are unaware of the disorder or...
Types of Depression

While ordinary clinical depression is rife, well known and dreaded by most people, there are various sub...
Types of Depression

Introduction Any form of depression can be a challenging condition for the person facing it as well as their...
Types of Depression

Considering the numbers, depression may not be considered serious but don’t be fooled. Despite the fact...
Types of Depression

Depression is one of the world’s leading causes of suicide. Due to the nature of the illness it can be...